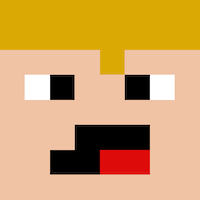 This is my intro to the Hashnode community

It is also a rant on Hello World

Hello people! I am Caleb Pickens, and this is my first blog post! cue applause You may skim over this, and think, "Oh, just another blog post by some random dude who has nothing to say about anything - and probably doesn't know anything either!" Well, I'm here to prove you right. (Heh - just fooled you - I was totally joking - I'm going to prove you wrong.)

I am a part-time web designer/developer, I play Minecraft, and I upload Minecraft videos to YouTube (although that is not at all the point of this post). I am rather fluent in such languages such as HTML, CSS, JavaScript, Python, English, Swahili, Spanish, the Enlightened Language, and Elvish (ok, maybe just the first five - also, let me know if you know what the last two languages are referring to).

Now, here is my rant on hello world statements. Ready? Brace yourselves... oh wait, I forgot, I'm also almost 15 and am in high school. Ok, now with that finally out of the way, on to the good stuff... I think hello world statements are overrated. Phew - take a breather - now on to my reasoning. Typically, when you begin a programming language, the first thing everyone tells you to do is to print to screen, console log, whatever language text options there are - and use them to put on your computer screen the words: Hello world

Yes, I have done that, though I'll have you know that I was 6-years-old and was learning Python for the first time. Now, as I have matured in learning the ways of the computer, I realize that printing Hello world to the screen does NOT do anything useful for you! Oh sure, you've said something through a computer, congratulations, we're so proud of you, blah blah blah - a simple script isn't getting you to MIT!

After thinking for myself for once, I aspired to, whenever learning a new language, let the first thing I do involve scripts that actually do something useful, usually with a math program, probably squaring numbers and stuff like that. Anyway, the point is, sure, it's good to know how to send messages through the screen, and you're almost certainly going to use it a lot. Using it to say Hello world isn't something you're ever going to use again. Making reusable code is important when you're learning a language.

So that's my philosophy, and feel free to disagree (although I'm right, of course). I hope you will check out my soon to come new stories or posts - whatever it is that you call it here on Hashnode. Thank you for reading, and goodbye! 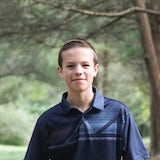 I do believe I’m the only dev that’ll get that joke about the Enlightened Language! Nice one! 👏😂👏 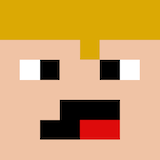 Thank you! I am a huge Keeper of the Lost Cities fan, and I'm glad to find someone who gets the reference. Code on, fellow web developer, code on.